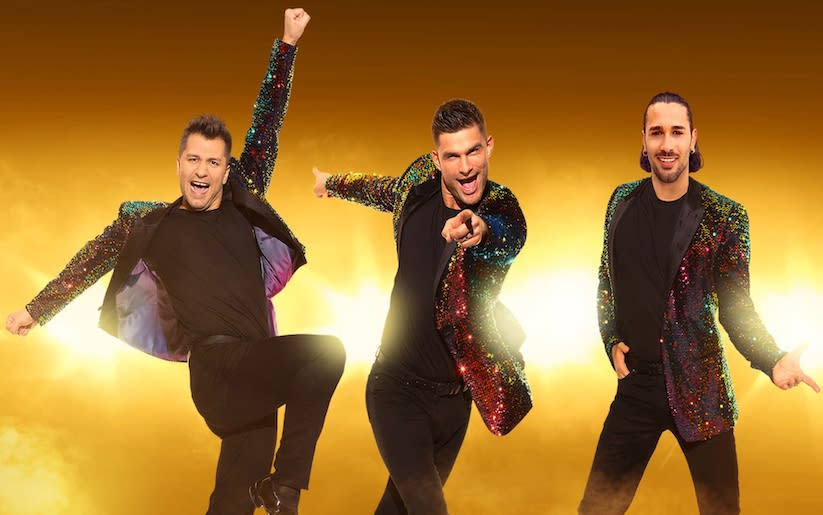 I have been a fan of Strictly since the first tan was sprayed, the first sequin sparkled and the first fleckle was loved by Len.

I adore The Boys. And Nadiya, The Girl Who Comes Too, is indefatigueably fabulous. She is, arguably, the star of the show. She certainly works hardest.

I am happy to the core of my being to be here at The Palladium to see a live performance which promises exuberance, extravagance and, above all, excellence.

The excitement in the auditorium is palpable.

Imagine, then, my disappointment to find that the set designer has gone for the  ‘Fitness Centre Changing Rooms’ vibe onstage and the lighting director has somehow reduced the vast visual possibilities afforded by the Palladium grid to a) downmarket Club Ibiza in the 80s  and  b) bare lightbulb/ the party’s over.  The choreography manages to avoid terpsichorean finesse entirely, focussing instead on arm waving, foot flicking and so much head tossing that it is nothing short of a miracle that no one gets whiplash.

I am still trying to work out how a director/choreographer with quite such a stellar CV can take all that talent, all that charisma, all that technical potential, all that work and all that (one assumes) money, and make something that would not look out of place in a community centre as the end of year display for the youth dance class. The ‘concept’ ( I use the word in a spirit of charity) of the show centres around four ‘dance battles’, interspersed with other themed set pieces, all of which feature far too many chances for each of The Boys to bring out their ‘go to’ moves. Graziano, in particular, offers enough hair tossing that it becomes a genuine health and safety issue, threatening, as he does, with every toss, to have somone’s eye out. Add to this,  the relentlessly irritating way in which each dance is (to a greater or lesser extent) ‘streetified’  and I feel both patronised and cheated.   The inexcusably excruciating scripted moments from each Boy, does them a huge disservice, given that,  in Aliasz, Pasha, Robin and Graziano, the show boasts at least two of the most charmingly eloquent of the Strictly Stable, one of the most experienced and articulate and the one whose ever naked nipples and piratical good looks speak louder than any words.  Now even those who have paid for their tickets simply to see The Boys Come in the flesh (as it were)  will be disappointed.

We are subjected to some genuinely  inept ‘hosting’ by Karim Zeroual,  together with  Base6 , a world champion beatboxer, DJ and sweet, if unlikely, addition to the  Strictly Come Dancing cast.

Talking of dancers, The Boys and Nadiya are supported by a small but impressive group of  performers who, it would seem, are there to form an artistic bridge between the ‘street’ element of the show, and the stage.

I do not really understand what, other than, on paper, offering urban youth appeal, and giving an edge of ‘cool’ to the sequences these well performed but misplaced, street and hip hop elements add to the night. This is a dance genre in its own right. And deserves better than being tacked on to let Karim show his skills.

But there is much about the production I do not understand.

Perhaps it did not occur to anyone that the floors on stages tend to be more a dusty grey than the shiny gobo enhanced spaces of a TV studio. Perhaps it did not occur that there are colours other than black that might be much better used for the costumes when your performance space is monochrome and anyone in any of the circles (for those more used to directing for the camera, these are the higher up bits, where the audience has an  angled view that you cannot control) sees everything against a dull grey. And on a stage the size of the Palladium’s, that is an AWFUL lot of dull grey.

Perhaps one of the problems is that the director/choreographer is more at home directing for the camera. Where he can be very specific about the amount of space you see around the performers. And the angle of the view.  Here, he cannot.  And this uninspired production in all that uncontrolled space, does its performers no favours whatsoever. Nor does it do the Palladium justice, as she reopens.

Just a modicum of respect for your performers, for the differences between dance genres, for your performing space and even for your audience should not be too much to expect from a producer and a director at this level.

At least in the ‘dance battles’, there are some moments where we can see the explosion of passion and talent and charisma and fun that could have been. The salsa was sizzling and the samba a joy. The Paso is so-so,  although I admit to being distracted by the costumes which made the guys look like a group of confused newbies at a gay fetish club (will someone PLEASE tell someone what a red handkerchief in your back pocket signifies ??).  I am assuming that there are still mirrors backstage at the Palladium, so I can only conclude that the costumes department  were going for the “I have had recent brain surgery” look with the lads’ headgear for the swing section. Brave choice.  And, I am sorry, but it has to be said, the wearing of skinny jeans is just not a good look for these guys unless they want to look  like they are held up by two denim-covered chopsticks stuck into flippers. Back to the dance …

The quickstep is glorious and the waltz wonderful although I think the judges would have had something to say about the number of lifts going in. As I maentioned, too many of the dances were reduced to a sort of a mash up to accommodate poor Nadiya’s being hurled around (something of a speciality of Graziano’s). The rhumba was more a kind of adagio in a section called ‘After Hours’ which featured a lot of that thing where you fling your arms away from you and then pull them back to clutch fists to your chest while looking desperate.  TBH, it did go on a bit.

Finally, as we scatter chasse down the home straight, we get some splashes of colour. And sequins ! And, for some reason, a ghastly waste of several minutes of everyone’s life while our dancers attempt to beatbox.

I am not sure when I last saw so much talent wasted.

It is a grudging three from me.

Get tickets to check out the Here Comes The boys Show for yourself here. 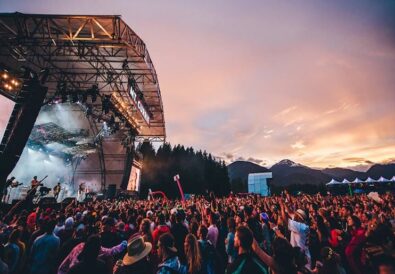 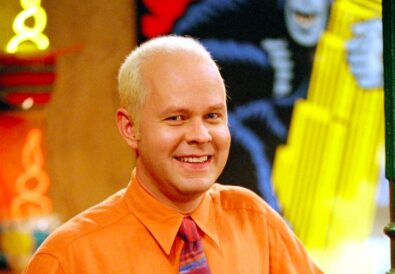 James Michael Tyler, Gunther on ‘Friends’, has died at age 59